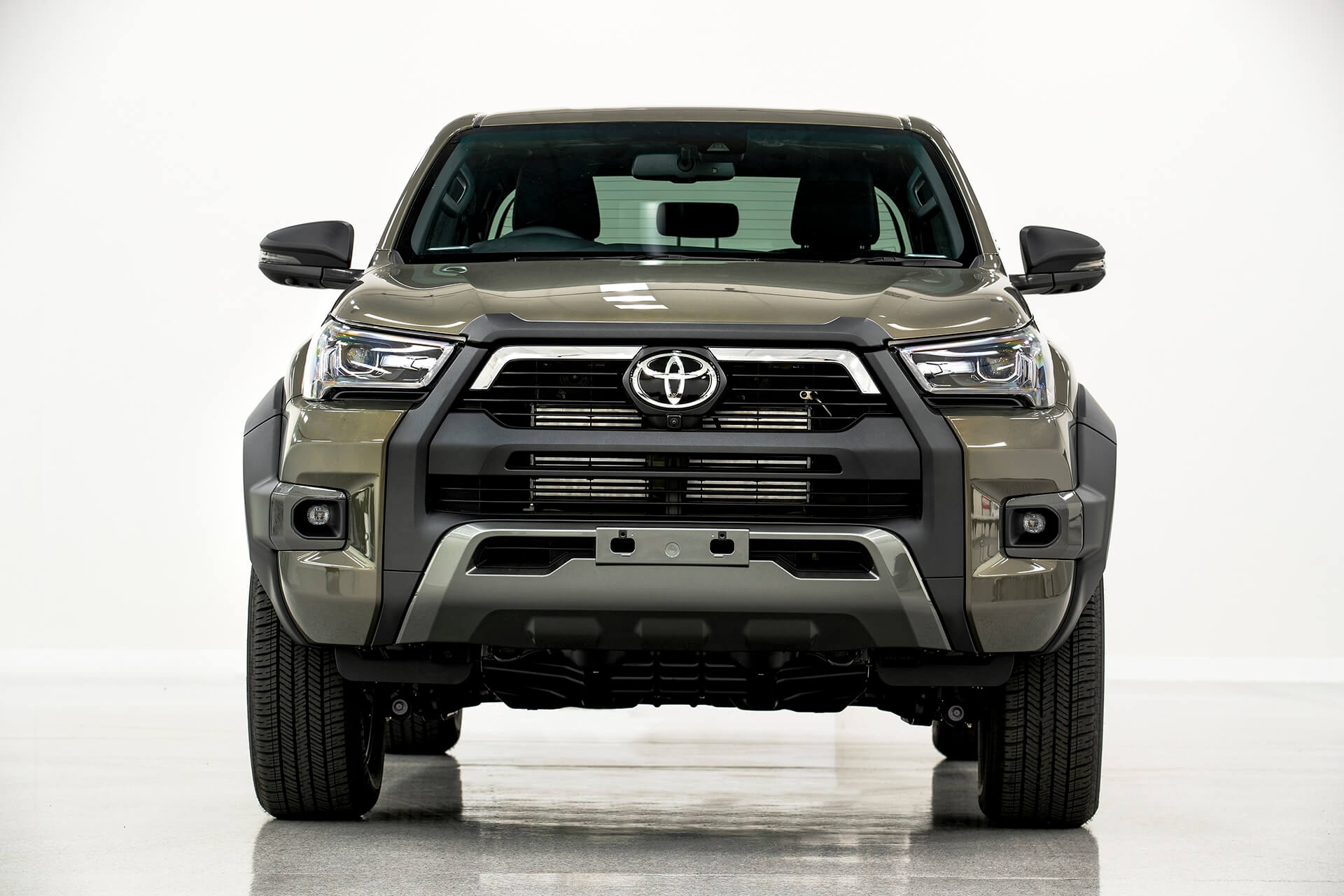 Toyota's updated HiLux Rogue flagship pick-up is set to arrive in local showrooms in October, sporting significant mechanical upgrades that improve both on- and off-road performance.

The upgraded HiLux Rogue will be priced from $70,200 plus on-road costs1, meaning the upgraded suspension, brakes and body enhancements will be offered to customers with no price increase.

"With its wider track and increased ride height, the improved HiLux Rogue not only looks the part, but plays it too," he said.

"Its improved driveability on and off road combined with its tough new look and keen pricing make the new HiLux Rogue a particularly enticing proposition for Toyota customers."

The changes to the Rogue's suspension centre around a front and rear track increase of approximately 140mm, while ride height has also been increased by approximately 20mm.

Toyota engineers upgraded the HiLux suspension by extending the length of the front suspension arm and front stabiliser bar, while also adjusting the front damper angle to improve efficiency.

The rear axle has been lengthened, and as such, the rear dampers have been moved out towards the wheels.

For the first time on a HiLux, a rear stabiliser bar has been installed, which helps to improve roll rigidity by 20 per cent and enhance steering feel when cornering and changing lanes.

The upgraded Rogue is easy distinguished by the new wide track overfenders and mudguards that house the new increased track width and integrate seamlessly into the front bumper, while the existing 17-inch alloy wheels have been replaced by 18-inch alloys with a darkened finish.

The Rogue comes standard with a nine-speaker premium audio system, however customers who place an order may be offered the choice of a six-speaker audio system for a $750 discount.2

Toyota Australia has implemented this temporary strategy to secure continued supply of Hilux Rogue for customers.

1 Manufacturer's recommended retail price provided for media purposes only. Statutory charges or other on-road costs not included.
2 As a result of audio parts supply challenges and to assist in maintaining supply of vehicles to customers, Toyota Australia can provide an alternative sound system for some Hilux Rogue orders. Impacted customers may choose between the premium 9 speaker sound system or a 6-speaker system with a pricing reduction of $750. Toyota dealers are best placed to provide information to customers on their individual order situation and specification availability.
3 Toyota Australia reserves the right to vary or discontinue the current interior and exterior colours, trims and colour/trim/model combinations. Colours and trims displayed are a guide only and may vary from actual colours due to printing/display process. See City Toyota to confirm availability when ordering your vehicle.