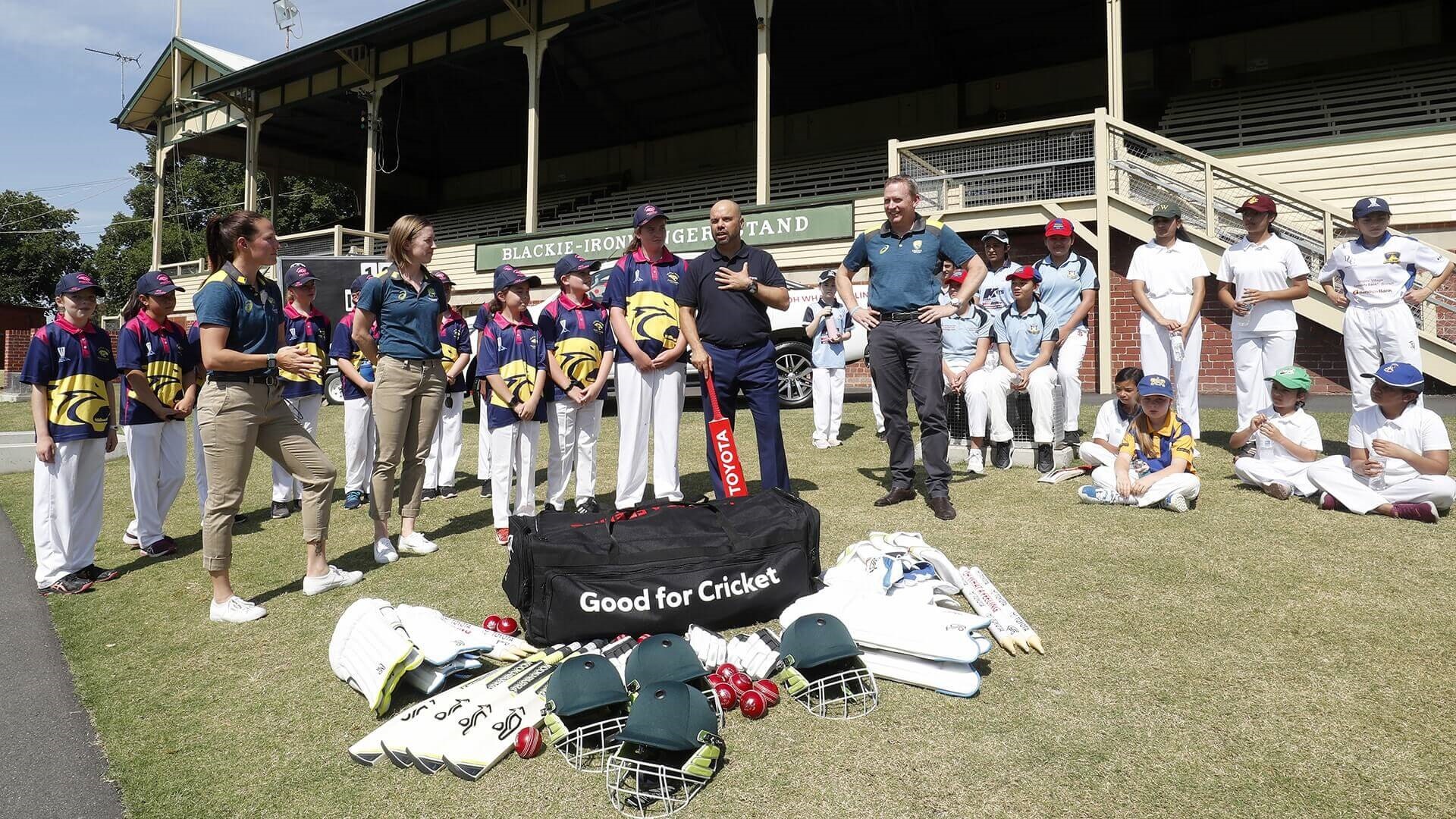 Toyota and Cricket Australia have joined forces to help out 100 community cricket clubs across the country to kit out their girls' teams with all the necessary gear to support the growing participation of girls playing cricket.

The good for cricket kits featuring pads, bats, balls, gloves and helmets have been designed to give girls a better chance at success on the pitch and further extends Toyota's support for community cricket.

Toyota Australia Chief Marketing Officer Wayne Gabriel said Toyota had long been a supporter of grassroots cricket through its Good for Cricket raffle that has raised over $2.9 million for clubs since 2012, and through the donation of the kits, it hoped to encourage even more girls to get involved.

"Our annual Good for Cricket raffle has helped thousands of community cricket clubs across the country but one of the things we have found is that the girls sometimes lacked the confidence to continue to develop their cricket skills, despite their passion for the game," Mr Gabriel said.

"Part of that came from often having to use inappropriate or oversized equipment so this is a step towards helping address gender equality in cricket and inspire the next generation of Australian women's test champions," he said.

"We're delighted that partners like Toyota are invested in our vision to make cricket the leading sport for women and girls in Australia," Mr Roberts said.

"Females now make up 30 per cent of all cricketers in Australia and these kits will create greater opportunities to ensure we're setting girls up for success in the formative stages of their cricketing journey," he said.

The first Good for Cricket Kit was handed over to the Le Page Park Cricket Club at an event at Melbourne's iconic Junction Oval with two of Australia's top female cricketers - Rachael Haynes and Megan Schutt - on hand to support the initiative.

Vice-captain and top order batter of the Australian Women's Cricket Team, Ms Haynes said she knew how hard it was for girls to remain committed to pursuing their dreams in cricket and the kits would help the girls gain the confidence they needed to improve and succeed.

"When I first started playing for the North Balwyn Under 12s, I was playing against predominantly boys and the majority of our gear was handed down from older players," Ms Haynes said.

"But our success at an international level and the ever-increasing participation of girls in community cricket shows girls with a passion for the sport can be involved at all levels of the game.

"Anything we can do to further that, like the donation of these kits to clubs, is a good thing for women and the communities that rally around their cricket clubs," she said.

The 100 Good for Cricket Kits, valued at approximately $2500 each, will be distributed to community cricket clubs across the country through Toyota dealers throughout the 2019/20 cricket season.