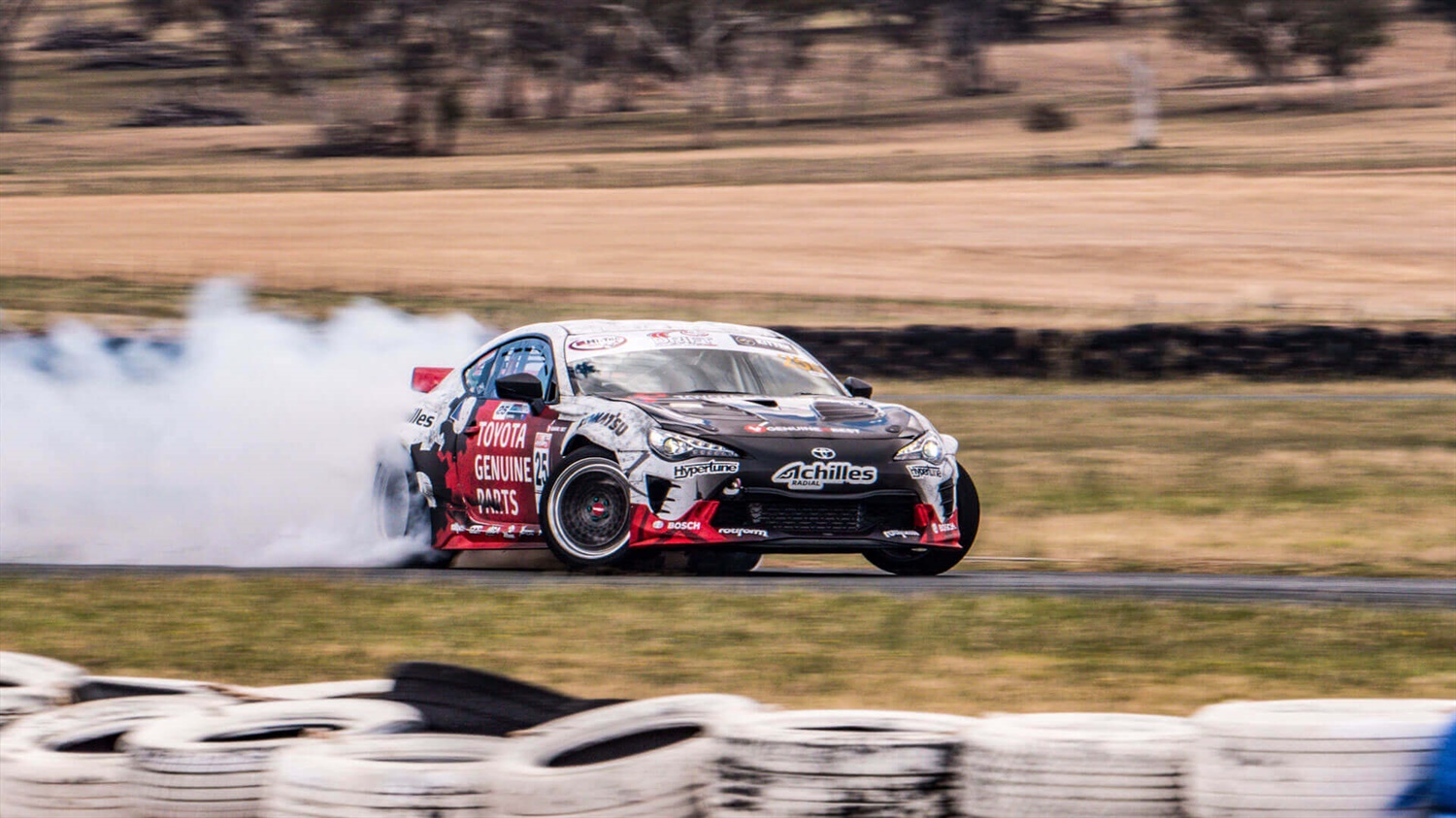 Toyota-sponsored Beau Yates has won the 2018 Hi-Tec Drift AllStars Series championship title after a sensational season that saw the 36-year old from Sydney finish with two wins and a podium finish in every round of the five-round series.

Going into the final round at Wakefield Park in Goulburn, NSW, Yates - driving a heavily-modified 517kW turbo-charged six-cylinder Toyota 86 GT - was just 43 points ahead of second placed Michael Prosenik ensuring a thrilling battle for the season title.

After an intense day of racing, Yates finished the round with a third place taking home 82 points and enough to secure the 2018 championship victory with a winning margin of 33 points.

"I would have liked to finish the year off with a better qualifying score and final result but I made it on to the podium at all five rounds of the series and qualified well so I am really happy with the overall results," Beau Yates said.

Yates has been racing drift cars for 15 years and the 2018 Hi-Tec Drift AllStars Series title is his third national championship win in drifting, having previously won the same series in 2016 and the Australian Drift Championship in 2006.

"To be able to win a championship after so many years in the sport and to still be so competitive is something I am really proud of," he said.

"It's not only for me and my team but especially for all my sponsors who continue to support me and allow me to continue doing what I love."

Yates said the championship win was a great way to top off what has been a very busy year.

"We have had another massive year with the conversion of the Toyota Genuine Parts AE86 (Toyota Sprinter) into a competition Time Attack car and ran both it and the 86 GT at the World Time Attack Challenge event in October. In August we also won the Drift Masters in Queensland," Yates said.

"Now taking out the Hi-Tec Drift championship, it's a fantastic way to end the year and complements all the hours and hard work myself and the team have put in."

Yates said he is now looking forward to 2019 and competing again in the five round Hi-Tec series, the International Drifting Cup run as part of the World Time Attack Challenge as well as being on the lookout for any other drift events to be involved in.

"I've really got fantastic support from Toyota and the 86 is really performing so well so I'm keen to get it out on the track as much as possible," he said.

Toyota has a proud international motorsport history spanning more than 60 years. It became the first Japanese car manufacturer to enter international motorsport when it contested the 1957 Mobilgas Round Australia Rally, which is why many people consider Australia to be the birthplace of Toyota motorsport. Today, Toyota GAZOO Racing contests the FIA-sanctioned World Rally Championship, World Endurance Championship which features the famed 24 Hours of Le Mans, and the gruelling Dakar Rally. Closer to home, the Toyota 86 Racing Series seeks to develop the talent of tomorrow as Australia's premier grassroots circuit-racing category. In rallying, Toyota also supports the Toyota GAZOO Racing Australia rally team in the Australian Rally Championship.